Who is Hasekura Tsunenaga?

For nearly half a century, a statue of Hasekura Tsunenaga (1571-1622) has been standing guard at the base of Sendai Castle, next to a watchtower replica where the mighty Otemon Gate once stood. Built to celebrate the 400th anniversary of Hasekura’s birth, the proud samurai-turned-diplomat holds a letter from Sendai’s first feudal lord Date Masamune while wearing the iconic robes and two swords of the samurai. In fact, similar statues of Hasekura can be found in northern Miyagi, Mexico, Cuba, Spain, Italy, and the Philippines! Who is Hasekura Tsunenaga, why is he important to our city’s history, and how can you learn more about him when you visit Sendai? 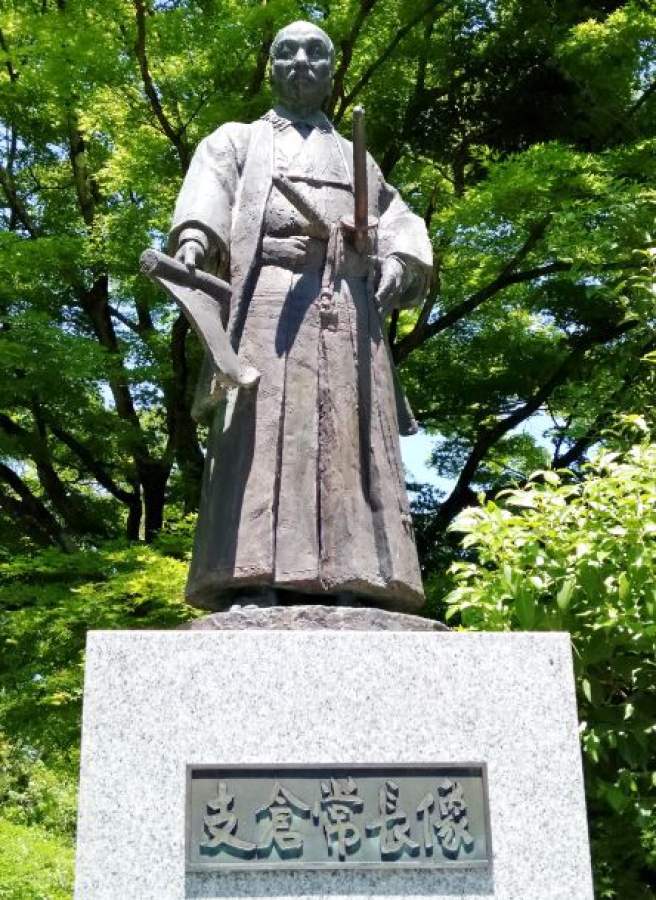 Hasekura Tsunenaga was a mid-ranking samurai noble which served Date Masamune directly. Although little is known about his early life, Hasekura was entrusted to be an official representative of Hasekura on several occasions. He also served time fighting in Japan’s invasion of Korea. It would be the years from 1613 to 1620 in which Hasekura would have his biggest challenge and greatest adventure.

Following a massive tsunami in 1611, Date Masamune set his only eye on trade with Spain via (modern-day) Mexico as a form of economic recovery. In order to get the Spanish to cooperate, Masamune instructed Hasekura to make deals to allow Christian missionaries to prophesize throughout his expansive domain in northeastern Japan. For the whole plan to work, the Keicho Mission, as it would come to be called (named after the name of the era), Hasekura would have to receive the cooperation of both the King of Spain and the Pope in Rome.

Before and during this world journey, tension was rising between Christian believers and the Shogunate government of Japan. The King of Spain and the Pope found out Christians across Japan were being forced to give up their religion and being killed should they refuse. Despite repeated pleas and even the conversion of Hasekura himself, the mission was forced to return to Japan with no positive answer. Hasekura, now a Christian, returned to Japan via the Philippines to a different Japan. Hasekura should have been welcomed back a hero for traveling dangerous seas and lands as a global ambassador. Instead, members of his family would be murdered as punishment for not renouncing Christianity and Hasekura would be hidden from the public eye until dying from an ongoing health condition due to his severe journey.

Fast forward a few hundred years and Hasekura is well-respected as a Sendai hero. People came to realize his sacrifice and allegiance, going above and beyond the call of duty to serve the Sendai Domain. Hasekura’s impact can even be felt today. The first overseas stop of the Keicho Mission, Acapulco, Mexico, is now a sister city of Sendai. Meanwhile, the Spanish town where a group from the mission decided to reside, currently hosts hundreds of people sharing the last name “Japon” (Japan).

You can learn more about Hasekura Tsunenaga and the Keicho Mission at Sendai City Museum in Sendai, or the Sant Juan Bautista Museum in Ishinomaki, northern Miyagi. Looking to experience being a samurai (or ninja) for a day? Explore some options here.